NIX introduce a range of Hu-Motion™ (Human Motion) digital picture frames that automatically turn on when you're there, and off when you're not. No longer will Digital Picture Frames sit idle across the homes of America. NIX frames save energy, capture attention, and provide businesses with cost-effective Digital Signage.

In the new age of a sensored environment where tech increasingly reacts to you and not the other way around, the Hu-Motion frame provides the ultimate in convenience by simply turning on when it senses you nearby and off when it senses no movement. The amount of time the frame allows for no movement before switching off can be set from one second to twenty-four hours (down to the second). 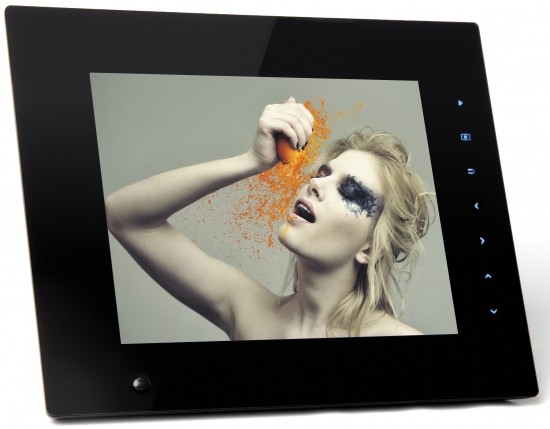 Across the USA millions of frames sit idle in the homes of parents and grandparents, recipients of well intention gifts. The traditional Digital Picture Frame often proved to be another dust-gathering gadget that became a chore to go around turning on and off every day. So NIX took this on board and produced something that didn't require any operation beyond the set up.

Hospitals have been stationing the Hu-Motion frame by toilet exits, when the frame senses someone exiting it reminds them to wash their hands.

The NIX Hu-Motion Digital Picture Frame comes in two models. The 8" size which also features a rechargeable battery for portability and the much larger 12" model.